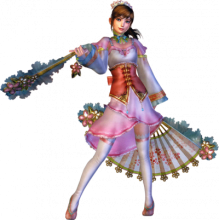 Xiao Qiao and her sister Da Qiao are favourite beauties in the region south of the Yangtze River. Xiao Qiao is the younger of the two sisters and is married to Zhou Yu.

Oh the number of fan jokes I received wearing this costume, almost as bad as all the short jokes I hear! This is my 2nd attempt at this costume, the first will never see the light of day! The toughest part was hand dying this costume on semi-polyester fabric and ensuring I was able to maintain the “creep” on it. The fans were purchased and arrived completely blank, much paint and time went into decorating them out! I absolutely love this costume, I think it’s just one of those costumes that compliments most people 🙂 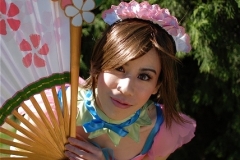 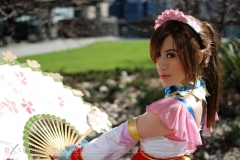 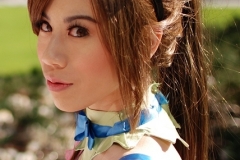 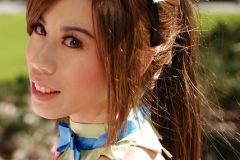 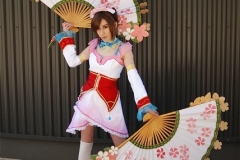 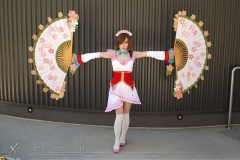 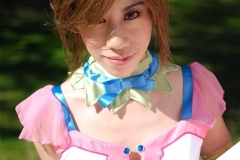