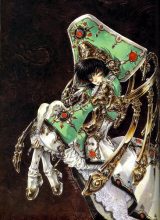 Seth, otherwise known as Augusta Vradica (Empress of the Methuselah) is the youngest of the Nightroad siblings and third Crusnik. Host of her servants have never seen her before in all the centuries she has ruled, mainly due to her heavy veil she wears to cover her appearance along with a voice modifier. Despite her appearance she is actually well over 900 years old.

This is probably my most complex costume to date and despite the lovely feedback I received (so many people asked me who my seamstress was! Aww *_*), to be honest I was pretty disappointed with it. It lacks a lot of detail, most parts were so rushed that the quality was completely lacking and many more flaws I won’t get into. Unfortunately, this is to be expected when you shove a costume as complex as this into a span on 2-3 weeks while working full-time with two additional part-time jobs.

That said, I won’t deny there was a hell of a lot of work involved in creating this, and I learnt a great deal about embroidery. About 95% of the gold you see on the costume was embroidered (1.5km of gold thread!), and I reckon it was a decent first attempt. It was also my first go at creating armour, which I actually was very happy with. A lot of people asked me if it was real metal 🙂

This is definitely a costume on my “redo” list, I have no idea when/if that will ever happen, but I\’ll be sure to give myself a heck of a lot more time. 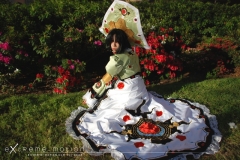 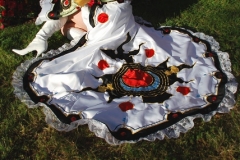 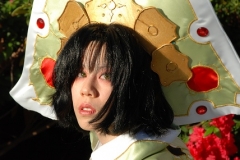 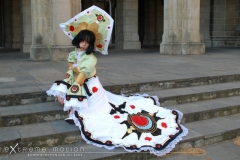 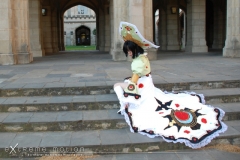 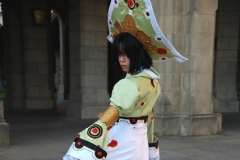 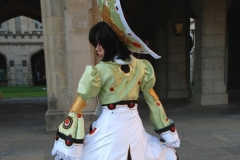 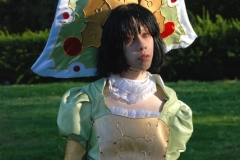 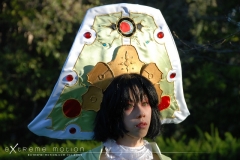 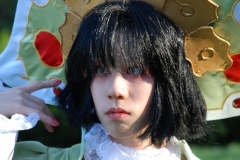 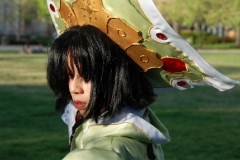 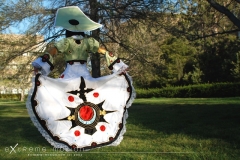 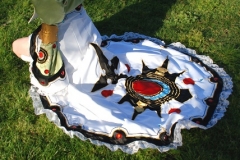